Over 50 players, drafted or picked as free agents in 24 of the 32 NFL franchises, have used McLloyd technology in their preparation for the league. It has been a privilege to work with every single one of them and we look forward to seeing them take the NFL by storm. We wanted to take this opportunity shine a light on the numerous coaches that have merged their knowledge and our technology to help the athletes achieve their dreams.

Speed and Performance coach Darelle Noel is out in California preparing athletes and sharing his knowledge to help young talents get ready for the big leagues, bringing up his tally of drafted athletes up to 4 in 2022:

Based out of San Diego California, Spellman Performance is often regarded as one of the best performance training setups in the nation. Lester Spellman is a sports performance pioneer who was the first coach to use McLloyd for his training back in 2019. The team, which also includes Jay.P and Ciara Murray, has coached 4 of the 10 top 2022 draft picks. Spellman also created Universal Speed Rating and travels the country to oversee a myriad of speed performance clinics and events. Spellman Performance coached a total of 8 drafted players:

Based in Florida, House of Athletes offers its clients the best coaching, products, and recovery care while maintaining a strong emphasis on mental fitness and wellness. They have two in-state houses, in Weston and in Tampa, with both locations successfully preparing a combined 19 drafted players and 13 Undrafted Free Agents. At the reins of the program, Yo Murphy, Chris Randolph, Bush, Mo Wells, Troy Jones and Ian McQuate have been using McLloyd technology to optimize the performance of their athletes and help many of them get drafted or signed as free agents: 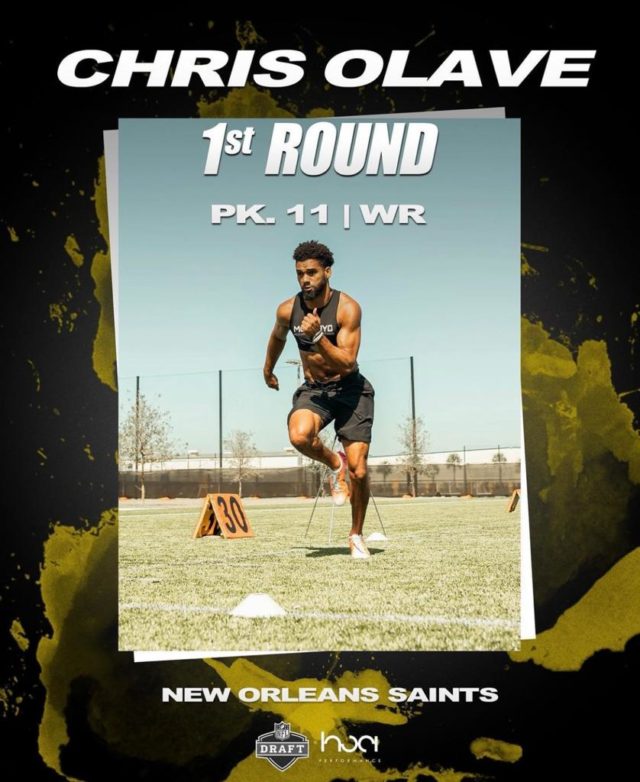 U48 Performance is one of the best speed performance programs in Atlanta. They help athletes improve their skill, technique, strength, speed, endurance, and agility. They are also an established and recognized sports performance training company that has a comprehensive and extensive background in NFL Combine Training. Manny Rodrigues, one of their most prominent coaches, is an avid McLloyd user and has used our tech to help one of his athletes get drafted:

Ford Sports Performance is a result driven facility that specializes in training for all athletes from Professional athletes, College athletes, top high school recruits, all the way down to youth athletes and adults that want to stay in shape. Tracy Ford and Andrew Mapp have integrated McLloyd’s solution into their coaching and have created a unique program out in Washington that saw 9 athletes join the NFL in 2022:

Ryan Daly is a performance coached based in New Jersey who focuses on Strength and Performance as well as speed and agility. His knowledge has helped his athletes reach the highest level of the game. His work extends from the NFL to the NBA, from NCAA athletes to high school students. This year, he coached 1 drafted player and 1 free agent :

Air Raid Academy, based out of Vancouver, Canada, are one of our biggest Canadian clients. They specialize in quarterback training as well as speed and agility training. The high quality coaching offered by the academy has helped two athletes get drafted:

The NFL draft is a massive stepping stone for young athletes who have worked hard for a shot at the world’s biggest sports league. Their selection into different franchises has nothing to do with luck: it is the result of years of dedication, hard work, training, and perseverance. And behind every athlete, there is a coach who works hard in terms of physical preparation and performance optimisation. McLloyd is honored to have accompanied some of these athletes and coaches on their journeys and to have contributed to their performance training thanks to GPS tracking technology. We take much pride in working with some of America’s finest performance coaches, and we are excited to see what the future holds for these coaches and their clients.