The 2021 NFL Draft has officially concluded. After a number of both history-making and head-scratching selections from Thursday, April 29th to Saturday, May 1st, a total of 259 players were selected to join the NFL’s 32 franchises. With that, we give you a recap on how the event went down.

Trust in preparation:
Thanks to strong partnerships with both House of Athlete and Spellman Performance, over 25 McLloyd prospects were represented in the draft this year. All of them were equipped with McLloyd’s STv4 trackers, recording sport-specific data to make a positive impact on performance during the preparation of the NFL draft.

The House of Athlete coaches, Mo Wells, Troy jones and Ian McQuate relied on the precision of the McLloyd tracking system to maximise the effort of their players whilst controlling the workload at training, ultimately reducing the risk of injuries, putting their players in prime condition for both the HOA combine (Find out more about the House of Athlete Scouting Showcase Combine) and the draft.

Lester Spellman, speed coach and founder of Spellman Performance, trusted the McLloyd trackers to develop both speed and acceleration for his prospects.
“We believe that speed is not only an inherent trait but an essential skill that can be mastered – the X-factor that separates good from great, amateur from professional. The use of the McLloyd system allows us to help prospects make a quantum leap in performance by working on their speed through the access to biometric data and accurate training workload analysis. We can align this system with our advanced technical training as well as our individualized programs to target specific skills to work on. The live option also allows us to get instant feedback on our athletes’ performances in real game environments, a must-have feature for the NFL level.”

As expected, Trevor Lawrence, Clemson’s start quarterback was drafted to the Jacksonville Jaguars as the #1 overall pick. This comes as a particular achievement for Lester Spellman as this makes back-to-back #1 picks coming out of his NFL Combine. In addition, fellow Spellman Performance athlete, Zach Wilson, was drafted to the New York Jets as the #2 overall pick, making this year’s draft a huge success for Lester Spellman. 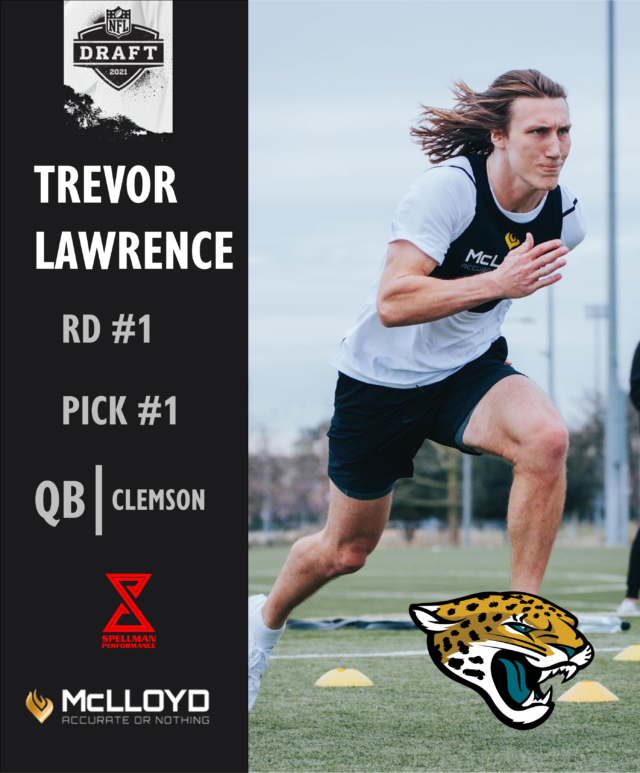 Here is a rundown of the McLloyd’s propects getting drafted this year: 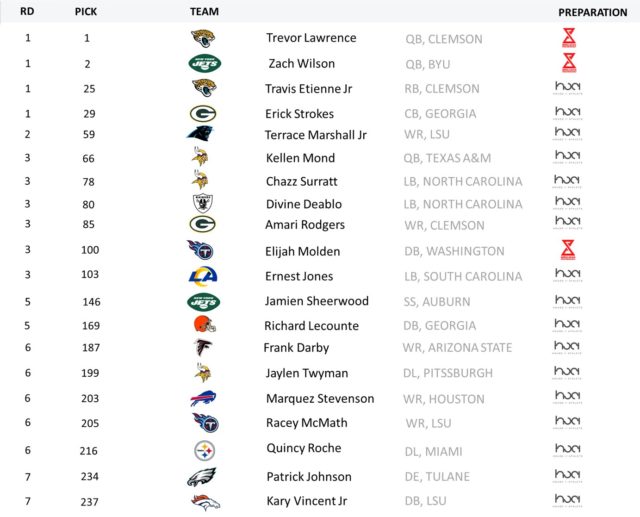